"The most beautiful thing about a classic car is the balanced body parts, complemented by brass, nickel and chrome trim and the leather interior," says Dr. Jackob Barnea - founder and owner of the Barnea Group - summing up the fascination of classic cars. 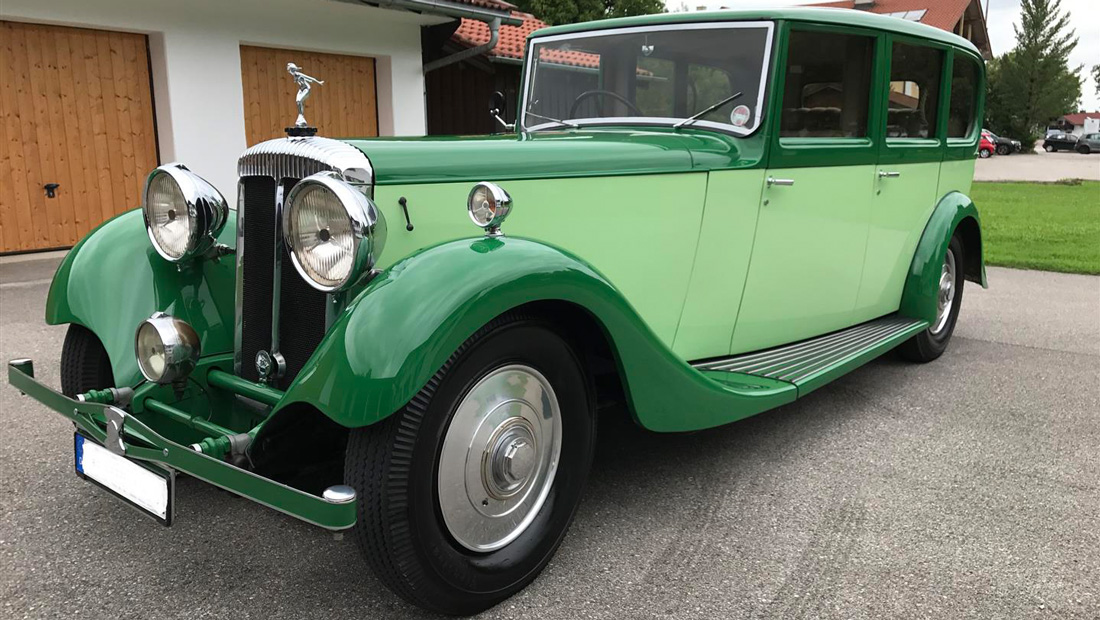 Unusual and aesthetic shapes combined with the old technology that still works - that's what excites people.

In recent years, however, classic cars have also become investment objects with stable values, making a purchase a wise investment: Value increases of several thousand euros are not uncommon.

The Lincoln in which Sophia Loren had herself chauffeured, the racing car that was rebuilt after being used in Italy, or the over 100-year-old Steyr Type II that was used by the Egyptian royal family and found its way back to Austria in an odyssey. 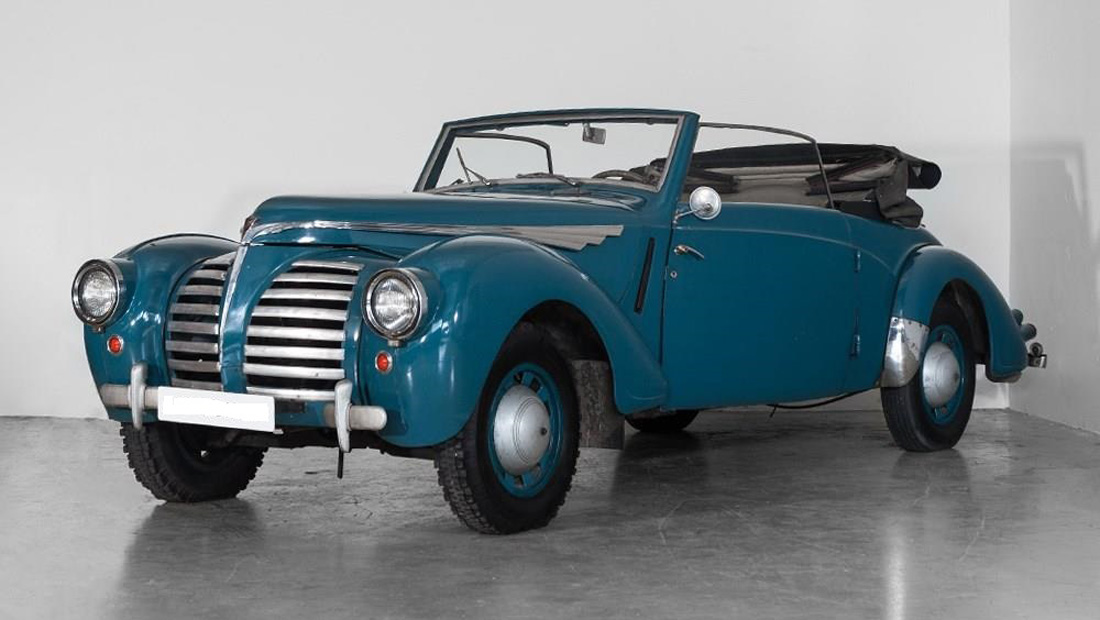 These are examples of stories that our vehicles have experienced and continue to tell with an acquisition.

Historic vehicles are not only wonderful cars, but also part and witness of our own history. Become part of history!

Austria's largest vehicle museum in the countryside: automobile specialties can be admired on 12,000 m². From sports and exclusive models, e.g. Cadillac model 1908, from small cars to great limousines to scooters and tricycles, almost everything is represented. 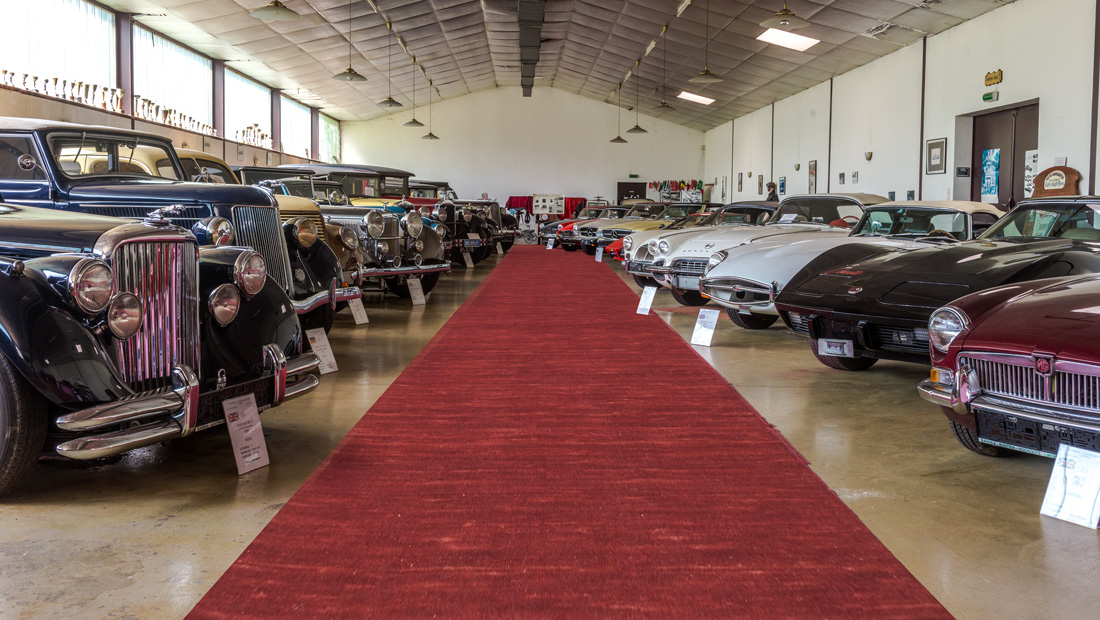 picture: One of halls of the museum in Gramatneusiedl

We are there for you: before, during and also after the purchase of your classic car!

Since 1981 we have been offering our national and international customers exclusive historic vehicles. Among them you will find specimens that have been presented in high-class exhibitions, used in film shoots or driven by prominent drivers.

Before buying a classic car, we will advise you extensively about the adventure that awaits you. You can see your desired vehicle on site and of course enjoy a test drive with it. We also accompany you with pleasure with an individual acceptance of your vehicle and can stand to you with advice and act aside, if it goes to the next test date. Also necessary appraisals, etc... we can gladly do for you, or order it.

Due to our extensive experience in the classic car sector, we can offer you a high-quality and comprehensive service even after a purchase. Thus, we are happy to organize the transport for the transfer of a vehicle upon request. Likewise, we help you with the conclusion of a classic car insurance and recommend you "in case of an emergency" suitable workshops. We also procure rare spare parts for your vehicle or have suitable spare parts manufactured. We solve any problems that may arise quickly and without complications. Your contact person Dr. Barnea speaks: Englisch (English) Französisch (français) Deutsch (Deutsch) Arabisch (العربية) Polnisch (polski) Slowakisch (slovenčina) Tschechisch (čeština) Hebräisch (עברית)

It's been decades since the doctor of medicine swapped his stethoscope for a wrench. His fascination with cars began in his youth in Israel, where he watched the mechanics in the father's workshop from the boy next door. 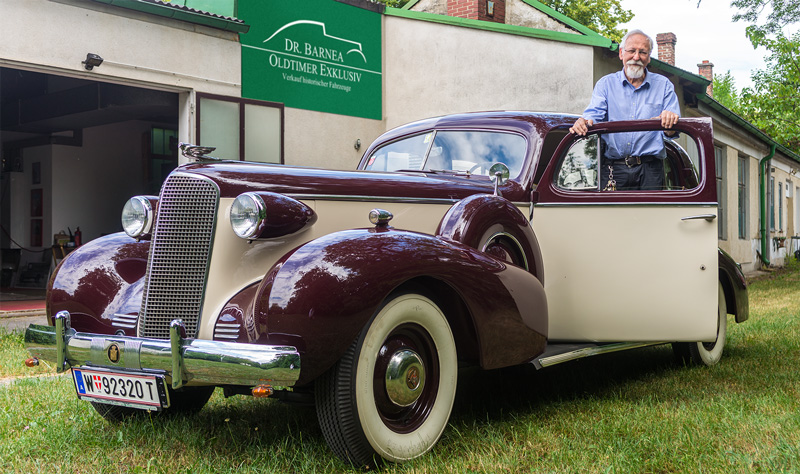 Founder and owner of the Barnea Group: Dr. Jackob Barnea

After graduating from high school, serving in the military and winning the marathon national title in Israel, he came to Austria in 1966 at the age of 20 and began studying medicine. Following his parents' wish: "You have to finish your studies, then you can do what you want" he restored one or the other classic car at the dormitory parking lot parallel to his studies.

In 1976 he bought his first classic car, a 1957 dark green Wolseley, which he restored and still owns today.

In 1981 he founded his own company, a classic car restoration, trading and rental company with which he made a name for himself as the largest classic car rental company in Europe (especially for film productions). From then on he considered his studies as a secondary matter and only after a few years he graduated with the degree of Dr. med. As if that were not enough, he also passed the master craftsman's examination as a car mechanic.

His private classic car collection grew and the dream crystallized to found a large museum where he could present his vehicles to the interested public. In 1997 he realized this dream and opened Austria's largest classic car museum in Grammatneusiedl near Himberg. Address for navigation: 2440 Gramatneusiedl, Heinrich-Löri-Gasse 1

For more than 40 years now, Dr. Barnea has been running his business with diligence, an incredible commitment, many investments and can now look back on a veritable treasure trove of around 170 classic cars.